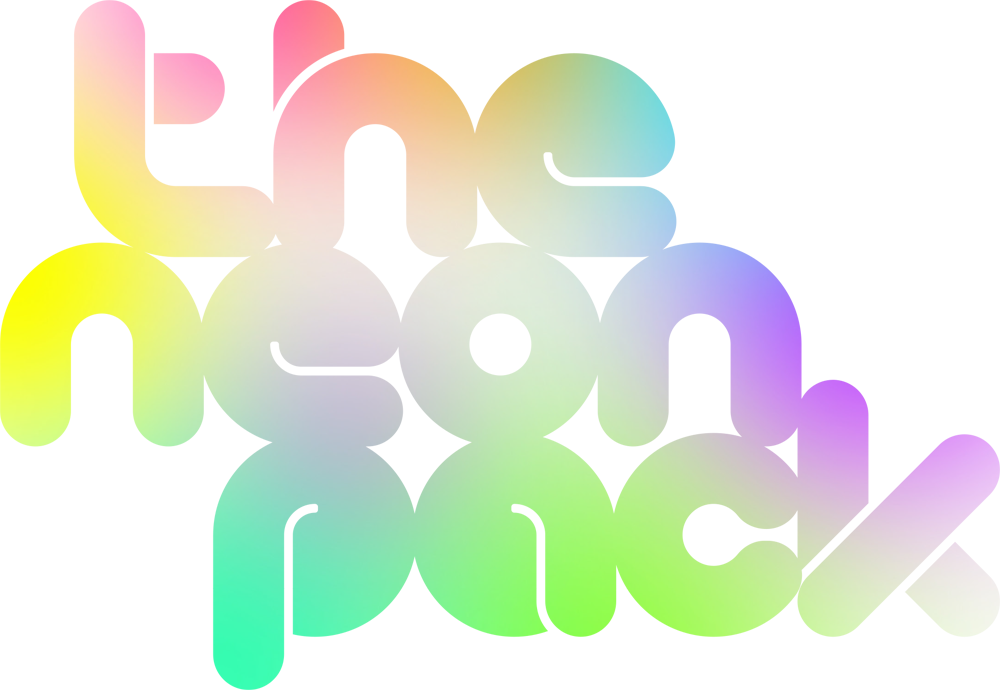 The Neon Pack is a Protopian Tale funded by Hope Works and XR Stories (University of York).

It had been a dramatic evening. After pre-drinks and visits to Garage, Cutlers and ShRoom, the three friends were finally installed at the bar in H-Works, unable to hear each other. Birthday-girl JoJo received a full set of the house-speciality Rainbow Shots from Gabby and Fraggle, which she enthusiastically began to tackle in honour of her twenty-third year. Red, Orange, Yellow and Green all disappeared in sequence but, after a few sips of Blue, JoJo stopped drinking and muttered “outside”. Fraggle and Gabby hurriedly led her through a jovial crowd to the external courtyard. Seconds later she was arched over with her palms flat against a cold brick wall and, predictably, the colours of the rainbow resurfaced at an even greater speed than they had been consumed.

For the past few months JoJo had proudly sported a pair of Holo-DM boots which she enjoyed customising, on this occasion opting for the Tribal Village theme. The footwear sensors were equipped with liquid recognition and instantly reacted to the orange fluid that was spreading across them. Gabby looked closely at the surface of the Holo-DMs and noticed a village formed by a huddle of clay domes with simple openings. The scene was animated by several pairs of eyes peeping from the inner darkness and before long a number of proto-Smurf-like creatures moved purposefully toward the liquid encroaching on their homes. All the tribespeople had two stubby legs and arms but didn’t seem to have a neck – or any clothes – just eyes and a mouth on a smooth consistent deep green surface which could have been moulded from the same material as their habitats.

The mouths of the villagers began to expand as they got closer to the holographic liquid until their respective orifices encompassed their entire faces. Gabby watched with her own mouth open as – without any apparent communication or gestures – they knelt-down in unison and began to drink the fluid that was threatening to engulf their village. As JoJo finally stopped vomiting the rainbow juice ceased to splash on her boots, the holo-liquid subsided and the creatures stopped drinking. Without any communal interaction they slowly stood, turned, and made their way back to their respective domes. The village was saved.

JoJo’s multi-coloured spectacle marked the end of the evening and five minutes later the friends were in a vehicle destined for their homes. Gabby was always the first to be dropped at her flat, which was in an iconic building on a hill at the edge of the city centre. She hugged her friends and stepped out of the vehicle, turning to look up at the huge facade which calmly faced the glowing lights of the city below. Many people found the brutalist structure intimidating, in past decades it had apparently suffered with crime and anti-social activity, but it now enjoyed drastically improved levels of love and socioeconomic diversity. Gabby had always felt safe here.

As she approached the entrance, the building recognised Gabby’s imprint and obligingly opened the glass doors, like a vigilant dressing-gowned parent welcoming her home. The elevator was already expecting her – she wearily stabbed the appropriate burgundy button and blew out her cheeks, barely completing the long exhale before the doors opened to her floor. Walking along her Street in the Sky, Gabby turned a corner and a young girl – maybe five or six years old – was shooting towards her on a small red bicycle without stabilisers. A few metres away she cried out “Beyond! Beyond!” and flew past, bravely hurtling towards an uncertain future.

There was something faintly familiar about the girl’s determined scrunched expression, but Gabby was too tired to instigate the cognitive gymnastics of memory. She looked in the direction of the girl’s origin and noticed one of the neon animals which decorated the concrete corridors – a huge frog – was dislodged from the wall but still radiating a vivid green glow. It was a clear night and the moonlight seemed to mix with the colours of the neon creatures and the motion-triggered, low-level lighting of the corridor.

As Gabby walked along the silent deck she could hear sensors gently clicking to acknowledge her presence and automatically illuminating each section. After passing a few more clusters of front doors she heard a sensor click but the corridor remained in darkness. Her mind occupied with the imminent comfort of her pre-warmed duvet, Gabby shrugged and continued – the caretaker would fix the lights tomorrow. The next section also failed to illuminate and she was now walking in darkness with only horizontal strips of moonlight mirroring the gaps of the concrete balustrades.

As she reached another turn, a radiant glow of colour was visible further along the street. This quickly brightened and expanded and – whatever the cause – it was moving at speed towards her. A sharp sensation of curiosity and fear spiked through Gabby as she instinctively froze and waited for the origin to be revealed. The orange neon outline of a horse raced toward her in absolute silence. It was quickly followed by a cyan neon deer and a gigantic yellow outlined rabbit. Behind them she could see an illuminated dog – possibly a retriever – running alongside an oversized purple duck. Gabby held her breath as the animals stormed closer, seemingly not noticing her or breaking their pace. They sped past silently on either side and continued their race along the street in the sky, leaving a neon trail in their wake.

She watched them disappear and continued along the deck for a few more steps to the safety of her apartment, which recognised its occupant and unlocked instantly. It had been a dramatic evening. Tired of rainbows, micro-villagers, bicycles and animals, Gabby turned off the Holo app and removed the lenses from her eyes. Time for dreams.